The HNPW is an initiative by the UNOCHA that provides a unique forum for humanitarian networks and partnerships to meet and address key humanitarian issues. One of the largest humanitarian events of its kind, it gathers international participants from the UN, NGOs, Member States, the private sector, the military, academia and beyond to discuss and solve common challenges in humanitarian affairs. During the event, networks and partnerships hold their annual meetings and consultations, share their expertise and collaborate on best practices to address shared problems.
As the representative of CBi in Sri Lanka, Asia Pacific Alliance for Disaster Management Sri Lanka (A-PAD SL) was invited to participate in the events of HNPW 2022 in Geneva. On the 10th of May, 2022 A-PAD Sri Lanka Country Director, Mr. Firzan Hashim was as a Panelist for a discussion titled “Act local, think global: Humanitarian action and the private sector.” The discussion focused on the importance of localization with regard to disaster responses and the role of the private sector. Other panelists included representatives from the United States Agency for International Development (USAID), the Alliance for Risk Management and Business Continuity (AGERCA, Haiti), and the Philippine Disaster Resilience Foundation (PDRF). The panel was moderated by Ms. Mervat Shelbaya, Chief, Inter-Agency Services Branch and IASC Secretariat, OCHA
During his presentation, Mr. Hashim spoke particularly about changes with regard to localization in Sri Lanka and the challenges that were experienced by A-PAD in their activities. He explained how A-PAD has been successful in facilitating public private partnerships toward disaster relief in Sri Lanka. He then provided examples and experiences from previous A-PAD SL activities and explained that localization should be a process that encompasses all sectors around the country. Further to this, Mr. Hashim stated that localization also involves turning around shortages in funding through the creation of greater local partnerships.
The A-PAD Country Director was also a moderator for several sessions, including one titled “Integrating Disaster and Climate Resilience into SME Development” where the alarming increase of the global climate crisis was reflected upon and the way forward was discussed. Representatives from the CBi member networks present in 14 countries including Philippines, Fiji, Indonesia, Vietnam, Haiti, Turkey and Ivory Coast, were participants at the discussion and it was mutually agreed that SMEs could be at an advantage if climate resilience measures were adopted in the right spirit.
The HNPW was concluded on the 20th of May and on behalf of CBi’s 14 member networks, and the private sector, Mr. Hashim provided the closing remarks on the highlights and outcomes of HNPW 2022. “It is a time where humanitarian needs are on the rise and this is when the role of local businesses is so important as they have the capacity to be the first responders, almost always. Partnerships and actions by corporates to mitigate climate change will be a significant point, moving forward” he stated. The Country Director also took the opportunity to bring in the Sri Lankan disaster response mechanism on board while the Disaster Management Centre was recognized for its guidance and supervisory role in the national context. 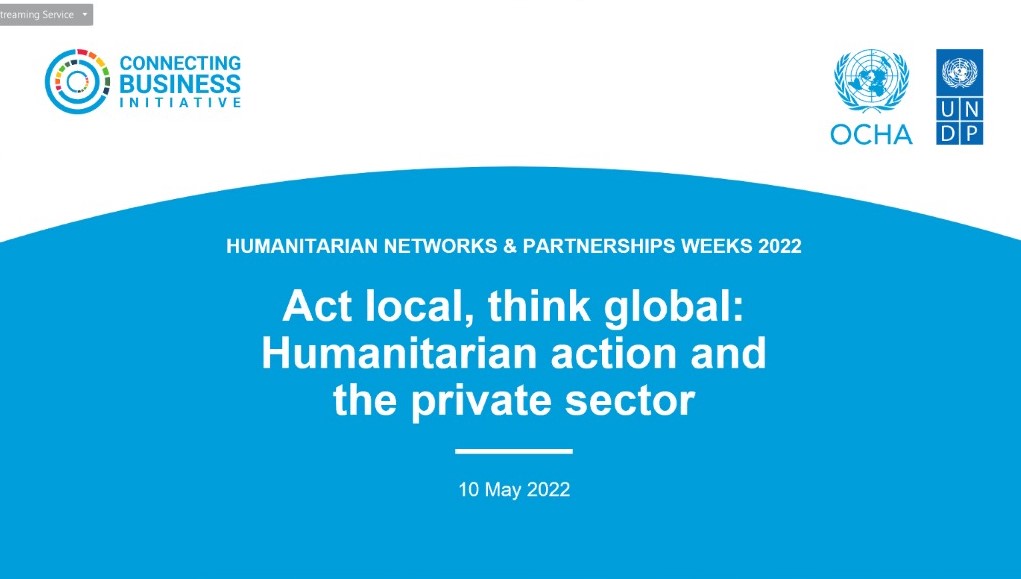 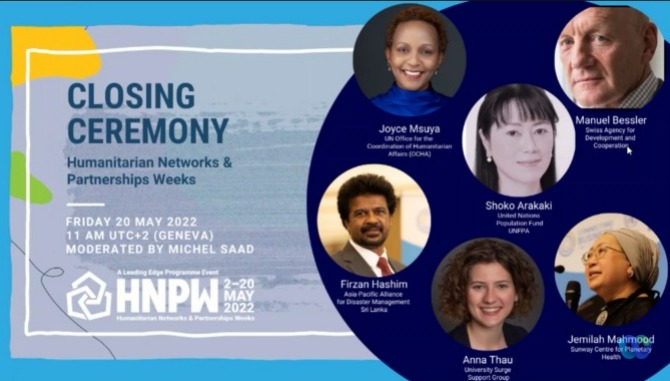 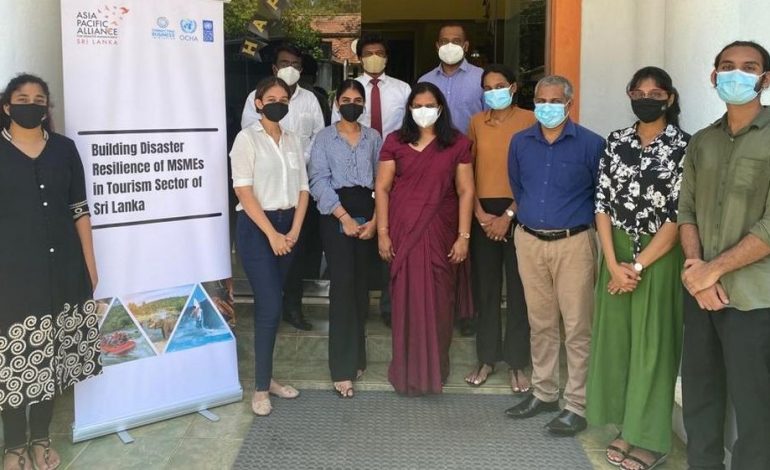 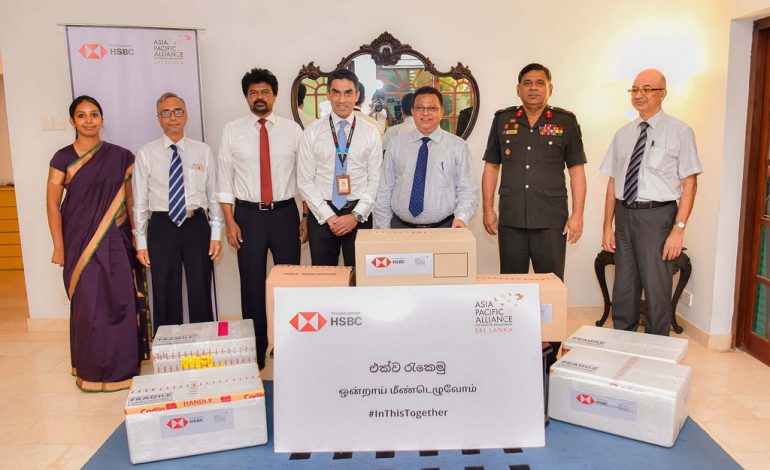